The Washington Foreign Law Society
presents
What future for the Rule of Law in Central America?
A conversation with the Special Envoy for the Norther Triangle, Ricardo Zúniga
Thursday, October 14th, 2021
from 4:00 to 5:00 PM EST

After years of upward progress, several nations in Central America – especially in the Northern Triangle region – are slowly backsliding into a state of diminished democracy that is dangerously close to authoritarian governance. Restrictions on freedom of the press, an increasing use of violence as a political weapon and incarcerations of political opponents without due process all point to a steady erosion in the rule of law.
As key electoral appointments in the region approach, what challenges does democracy face in Central America today, and how are they being addressed by the United States and by the larger international community?
Join the Washington Foreign Law Society for a conversation with Principal Deputy Assistant Secretary Ricardo Zúniga, the United States’ Special Envoy for the Norther Triangle. The conversation will be led by Mr. Alberto Mora, Executive Director for Global Programs of the American Bar Association and Director of the ABA’s Rule of Law Initiative.
The speakers will be introduced by Giuliana Canè, President of the Washington Foreign Law Society. 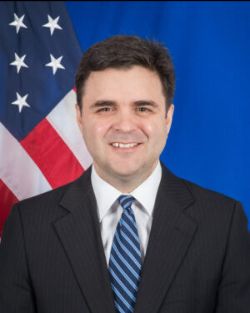 Ricardo Zúniga is the Principal Deputy Assistant Secretary and Special Envoy for the Northern Triangle in the Bureau of Western Hemisphere Affairs. A career member of the Senior Foreign Service, he previously served as a Senior Diplomatic Fellow at the Woodrow Wilson Center Latin America Program, Director of the International Student Management Office at the National Defense University in Washington, DC, and as U.S. Consul General in Sao Paulo, Brazil.
Mr. Zúniga was a Special Assistant to the President and Senior Director for Western Hemisphere Affairs at the National Security Council from 2012 to 2015. He worked overseas in Mexico, Portugal, Cuba, and Spain. Domestically, Mr. Zúniga served in the State Department’s Office of Cuban Affairs, the U.S. Mission to the Organization of American States, the Bureau of Intelligence and Research, and as the Desk Officer for Uganda and Tanzania.
He was born in Tegucigalpa, Honduras and has a B.A. in Foreign Affairs and Latin American Studies from the University of Virginia. 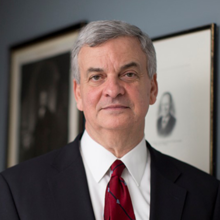 Alberto J. Mora is the American Bar Association’s Associate Executive Director for Global Programs.  In this capacity he directs the ABA’s global Rule of Law Initiative (ROLI), oversees the ABA’s Human Rights Center, and coordinates the ABA’s relationship with the United Nations and specialized agencies and functions. These responsibilities entail the management of approximately 400 staff members based in Washington, D.C. and in more than 40 countries.
A practicing attorney since 1982, Mora served as the General counsel of the Department of the Navy from 2001 to 2006. As the chief legal officer for both the Navy and Marine Corps, he managed more than 640 attorneys and personnel across 146 offices throughout the United States and overseas and supervised elements of the Navy’s Judge Advocate General Corps and the Marine Corps Staff Judge Advocates. Additionally, he served as the Reporting Senior of the Naval Criminal Investigative Service, as the Department’s Chief Ethic Officer and, on occasion, as Acting Secretary of the Navy.